The Hybrid Strategy; What startups need to scale in the African Markets. 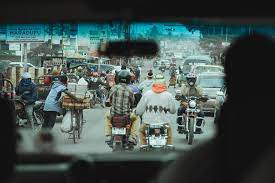 One of the most interesting things about Africa’s digital economy today is the degree to which it’s driven by the analog — the offline world of atoms and bits.

Mobile money, for example, the king of digital financial services on the continent, depends largely on offline infrastructure — i.e., a physical distribution network of agents who act as human ATMs.

And even in what’s arguably the most ‘developed’ country on the continent, this holds true. For example, TymeBank, “South Africa’s first fully digital bank” is, in a sense, not fully digital at all.

80% of the ~5.3 million account holders at the South African neobank that raised a $180M Series B round from Tencent & British International Investment created their accounts offline at kiosks manned by agent-ambassadors rather than through traditional self-service digital channels like the web or smartphone apps.

And that’s just one example out of many.

So while the headline for what’s happening now across the continent is often “digital revolution,” when you look at how this is actually unfolding on the ground, it’s probably more precise to replace digital with hybrid given the size & significance of offline components in the operating models of various companies.

And while this may be underappreciated in many circles, it’s not necessarily surprising. As the chart below shows, a majority of Africans are still offline, so it makes sense for innovation-led companies to move beyond digital-only models and explore hybrid approaches that may better respond to current conditions.

The reality is that if you want to build something at scale in Africa today, you need to run a hybrid strategy — part digital and part physical.

The other side of this coin, however, is that the opportunity to digitize nearly every sphere of economic activity across Africa in the coming years presents what is a generational opportunity for innovators & investors worldwide.